I'm so overwhelmed and I need life to slow down -

Confessions: Sometimes I can be a shitty husband

Sometimes I’m in way over my head

I’m so overwhelmed and I need life to slow down


It’s been a really, really long day and I’m not exactly in a good place. I simply wanted to drop a general update because there are a couple of things that have occurred.

First and foremost, Elliott’s appointment at Akron Children’s Hospital Behavioral Health has been moved. They called me the other day with a cancelation opening for October 9th and I jumped on it.

That’s a almost a full month earlier than the original appointment and that’s absolutely a good thing. We want to get Elliott whatever help he needs to be happy and healthy. 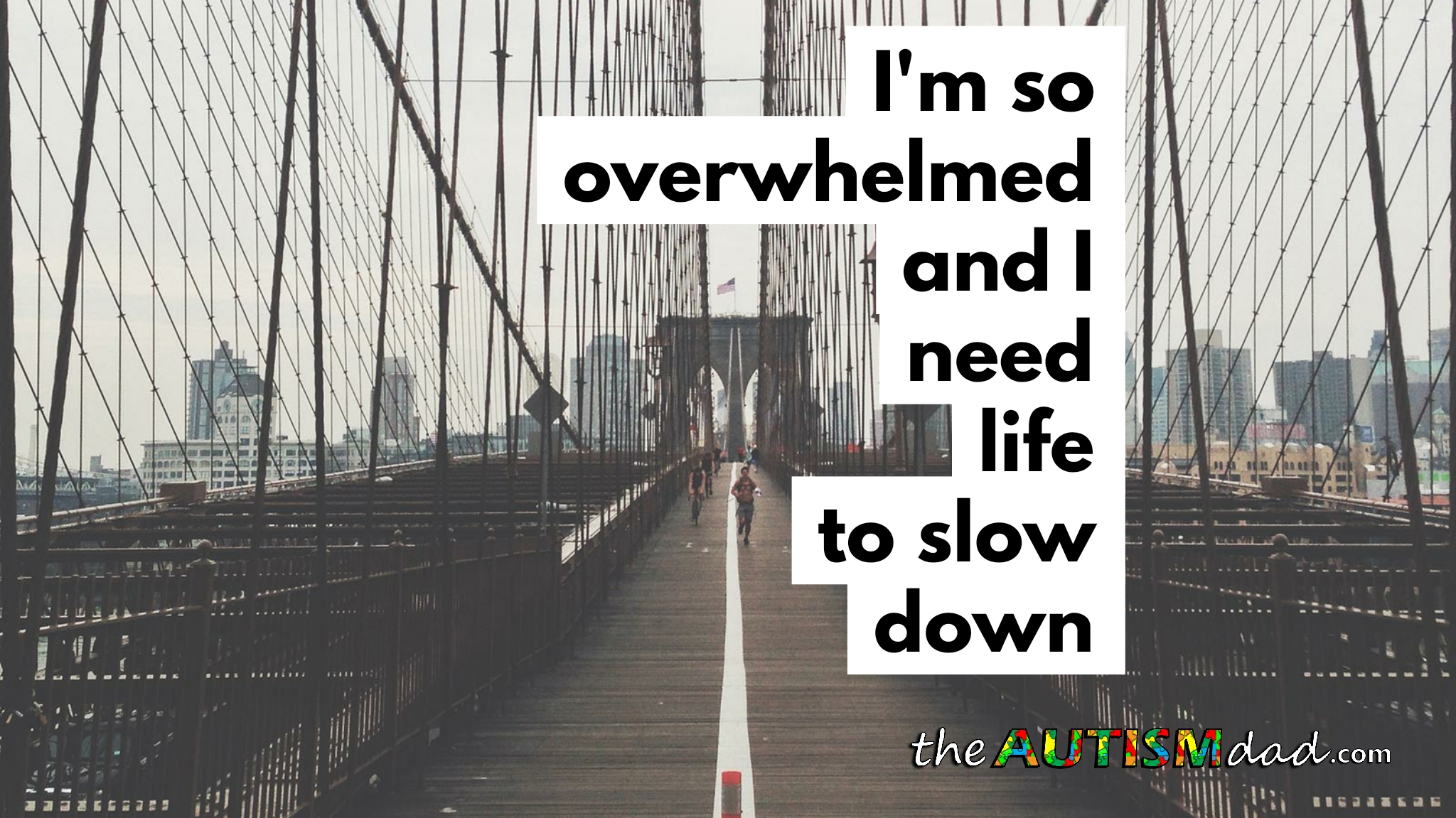 I also received a phone call from the claims adjuster in regards to our storm damage from last week.

The good news is we have an appointment but the bad news is that our appointment isn’t until October 15th. That means we can’t do anything for the next few weeks. We have an enormous mess, damage to the house and garage, as well as a huge tree that’s compromised.

Don’t get me wrong, I’m grateful we have the appointment and that it’s not any further away than it is. I was just hoping to get this addressed sooner rather than later.

It is what it is and all I can do is make the best of the situation we’ve found ourselves in.

I’m overwhelmed and I just need life to slow down long enough for me to catch my breath.

Waiting for the claims adjuster sucks. In the meantime; you might think about getting in touch with companies to have them provide estimates of how much their services will cost so that you are ready to go when the adjuster comes, rather than having the check in hand and still having to wait a month for the contractors to be able to fit you into their schedules.

The only estimate I can get is for the damage to the house and I’m doing that. I heard back from the contractor and need to set up an appointment. The tree itself I to wait for, at least that’s my understanding.