Gavin's afraid he has cancer -

Gavin’s afraid he has cancer


I shared yesterday about a mass that has been found inside Gavin’s right forearm. You can get the background information by clicking here.

We’ve been playing it cool with him because we didn’t want him to worry needlessly or at least until we knew there was something to worry about. We didn’t think that Gavin was really concerned about it because he brought it to our attention and that was pretty much it. 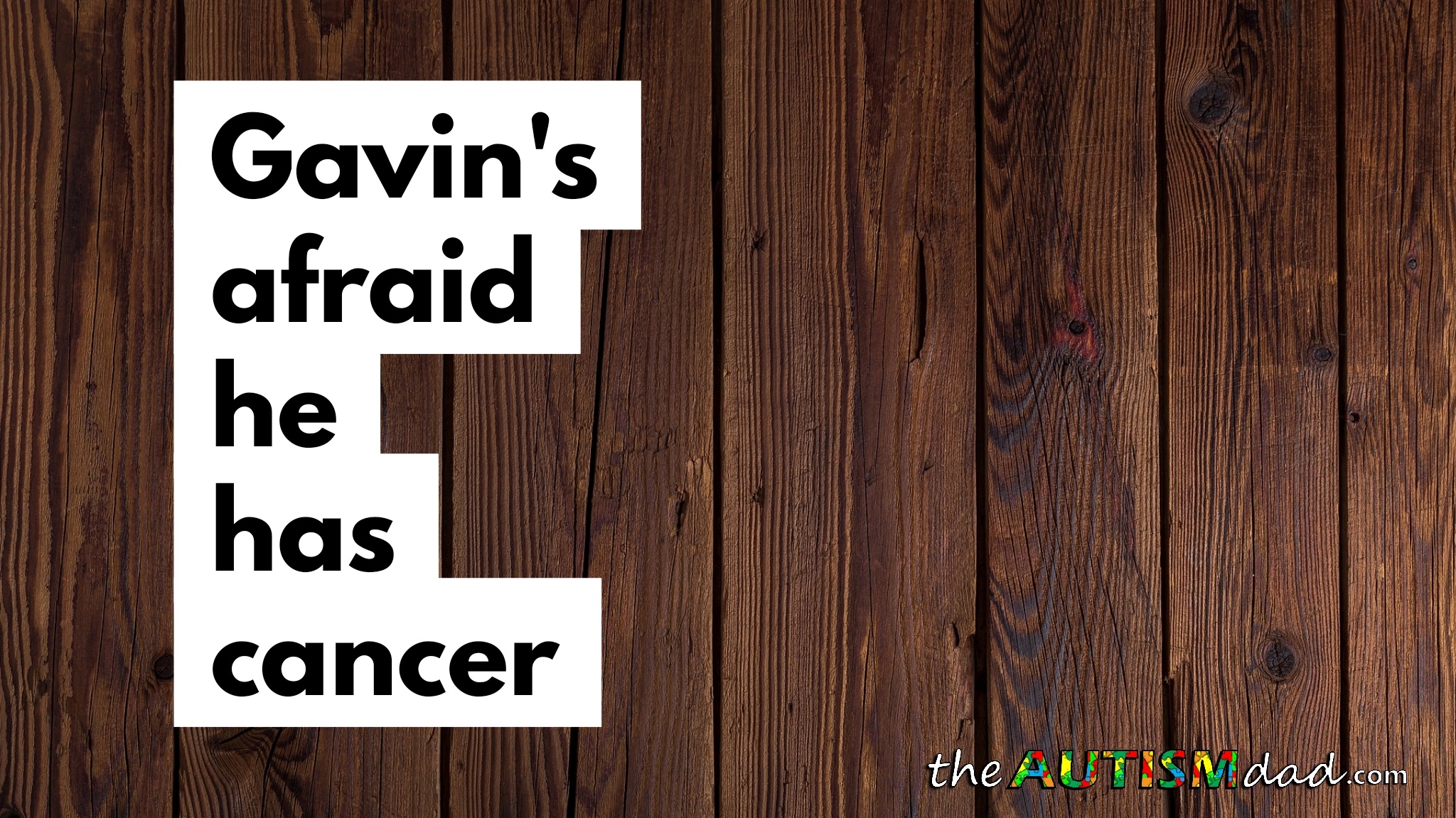 Turns out he’s more worried than we thought.

He and I we’re filling our 5 gallon water jugs for the week and he just sorta blurted out that he’s worried it might be cancer.

I was caught off guard and didn’t really know what to say to that. He has an appointment in the morning to have this looked at and I’m not sure what to expect. I explained to him that odds are it’s nothing to worry about but just in case, it’s best we have it looked at. That way he feels better about it.

He went on about tumors and I explained that not all tumors are cancer.

I tried to build him up and redirect him by telling him how awesome he did by letting us know about it, as soon as he noticed it. I was able to sorta segway into him telling me about a new game he’s playing on his tablet. For now that seemed to get his mind on other things because he loves talking about his games.

At this point, I’d rather be annoyed because he’s talking my ear off about his games, then have him worrying about what’s going on with his arm.

We will see his pediatrician in the morning and go from there. I don’t know what to expect but I’m hoping for good news. We need the ability to tell Gavin that everything is okay and he’s got nothing to worry about.

One of the reasons we’re taking this seriously and getting it checked out right away, aside from that being the common sense approach is, some of the health issues Gavin’s doctors have long suspected he has, comes with an increased risk of certain cancers. We’ve been able to write off most of these conditions with genetic testing but not all of them.

It does leave us feeling a little uneasy about this.

We will simply talk to his doctor and see what she has to say.

I hate that he’s worried about something like cancer and I know he doesn’t fully grasp the concept, he just knows it’s bad. Thankfully, he can be easily redirected at this point and hopefully, we can put this to rest in the morning.