When people say things like the the world is going to end, it’s usually a religious based prediction that ultimately never comes to fruition.

When I say the world just might end today, I’m referring to fact that it’s raining and trick or treat might not happen. Personally, I don’t give a shit if we go or not. Frankly, I don’t want the candy in the house anyway.

That said, I have 3 kids that are hanging the rest of their lives on whether or not to they go trick or treating today.

Emmett is absolutely beside himself because he’s afraid the rain won’t stop long enough for him to put on his Black Panther costume and knock on strangers doors for candy. 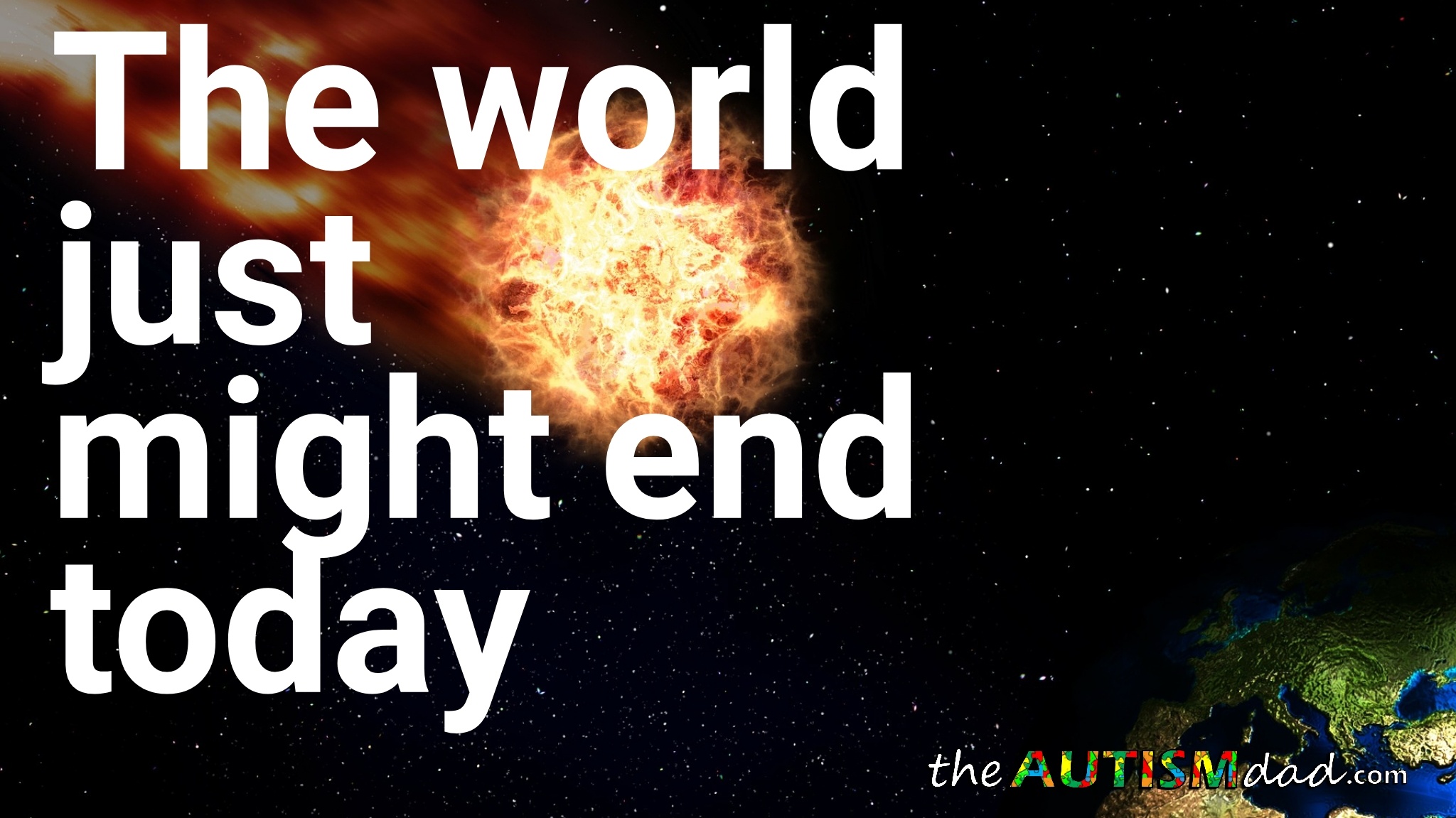 Gavin is pretty much the same way. He is wearing an Assassins Creed costume that he insists is a knight. We had reservations about allowing him to wear anything like this because to him, it’s not just a costume. He’s schizophrenic and struggles with the concept of what’s real and what isn’t. He already believes he’s a real life super hero and wearing the costume feeds the delusions. For him, this is like the one day he can walk around, letting the whole world see who he believes he really is.

I’m not sure how healthy that is. Maybe it’s okay but it feels like it might be a bad idea.

Elliott would be the only one who would likely be okay if we’re rained out but he too would be disappointed.

Lizze and I are screwed either way. If the boys go, it means we will likely have to walk in the rain and when they’re done, they’re doing to be so amped up, they likely won’t sleep tonight either. There will also be meltdowns from the excitement. If they don’t go because it’s raining, most of them will be seeing this as the end of the world and it will somehow be our fault because we won’t let them walk in the 40°F rain. Meltdowns will be had.

Umbrellas? Rain slickers? Seems like a little trick or treating in the rain wouldn’t be as horrible as disappointing them. But I’m sorry it’s more complicated. Maybe the rain will let up some.

It’s not so much the rain but the temp. Actually, it’s climbed into the 50’s so it’s warmer now than I thought it was going to be.

It turned out to be a lot of rain.. lol

There are knights in Assassin’s creed so I’m confused why you don’t think it is a knight?

I assume you’re asking about why not on Halloween night? They always do it on the weekend and never during the week.