A better tone for the day

I picked up the boys from school and both were in good moods. That’s always a good thing. I have to specifically ask them if anything happened that they need to talk about because otherwise, they will rarely raise any concerns on their own.

Elliott explained that he had gotten in trouble at school today. He said it was a misunderstanding but he doesn’t understand why.

He was in line, waiting for people to finish changing after martial arts class today at school. He used the opportunity to talk with one of his friends about a popular game they both play. Elliott was asking his friend for advice on how to battle a boss he was struggling with in the game.

His friend suggested that he use master bait.

Elliott didn’t have to go any further and I immediately understood what had happened. His teacher didn’t understand the context, all they heard was masterbate being tossed back and forth. 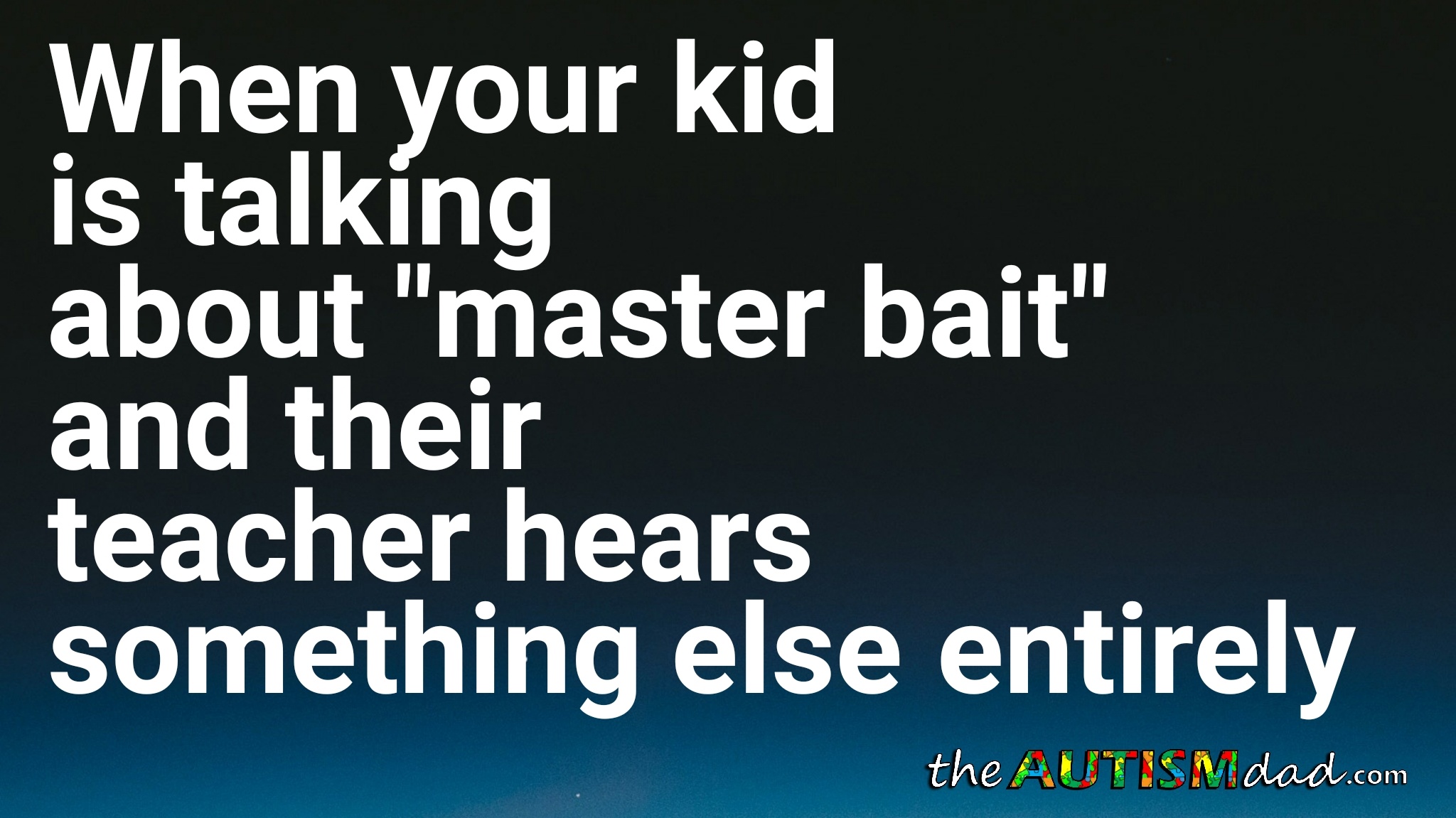 Because as adults, we’re pretty much all perverts on some level, they heard masterbate and not master bait.

Elliott was told something like that’s not appropriate to discuss while at school. Something to that effect anyway. Elliott and his friend we’re both very confused because they couldn’t figure out how talking about using master bait was inappropriate.

The kids explained what they were talking about and the teachers, who soon realized the innocence of what they were saying but apparently didn’t explain the misunderstanding.

Knowing game developers? They deliberately chose that name to troll everyone. Seriously.