It’s been a low-key day so far. Emmett’s not in the best mood because he’s not feeling well. He’s going to be a handful today but the poor kid is miserable and we’re going to have to exercise patience and compassion.

Gavin’s sorta in his own world right now. That’s not anything unusual but he’s struggling to perform basic daily functions and it’s heartbreaking to watch him go through this. He’s very preoccupied with his missing infusions and maybe that’s sapping his resources, but either way, it sucks. 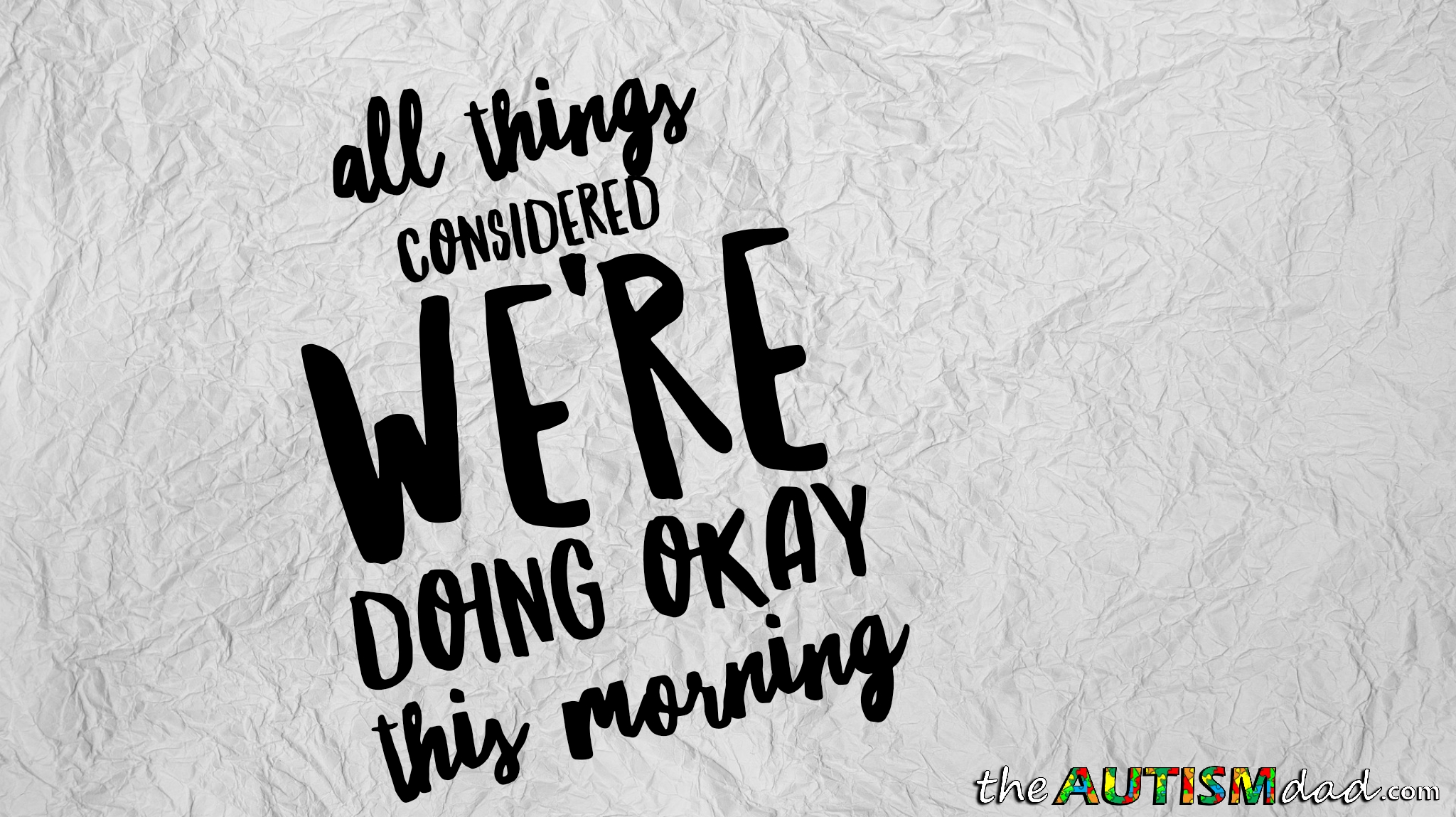 As for Lizze, she’s up and moving around. The massive weather front we’re dealing with isn’t doing her any favors and she’s in a tremendous amount of pain but otherwise in good spirits. I think her attitude is kind of amazing. People who live in chronic pain have every right to be miserable and have shitty attitudes. People don’t understand that just because you can’t see it, doesn’t mean it’s not there. Chronic pain is very real and can be extremely debilitating.

Lizze lives most days in so much pain that her hair hurts and her skin feels like it’s on fire. Hugs are often excruciatingly painful but she’s always giving or receiving them anyway.

I think it’s amazing that she’s able to push through as much as she does. As I’m writing this, I can hear her laughing with Elliott in the living room. I love hearing that.

Anyway, all things considered, we’re doing okay. We’re not going anywhere for the next couple of days. It’s -30°F with the windchill and I don’t even know if our car would start. For right now, we’re warm and everyone is dealing with life the best they can. I’m proud of them all. ☺ 💙

In weather like this, it’s useful to have a block heater. I think they can be installed. Anyway, the block heater keeps important parts of the engine from being too cold so they can work in bitter cold. My husband has one on his truck. When we lived in Minnesota we always had at least one car with a block heater.