It’s a big day for a number of reasons


I received two calls from Akron Children’s Hospital this morning and they were within about five minutes of each other. The first was from our social worker who checks in on us each month. She’s really, really nice but she was calling to let me know that she was taking a new job in another department. That sucks because we really liked her but at the same time, good for her, she deserves it and we wish her the best. ☺

The second call came so quickly after the first that I thought it was the social worker calling back for some reason.

Anyway, it turned out to be the delivery coordinator from specialty pharmacy that handles Gavin’s specialty medical supplies, in this case, his IVIG infusion supplies. He’s been working for the last week with Gavin’s immunologist to address the supply disruption in Gavin’s IVIG meds. This medication is absolutely vital to Gavin survival.

He was calling to let me know that they’d figured out a solution.

Gavin will be switched to a new medication (I can’t remember the name) but the process itself will remain unchanged. This means that Gavin will not know the difference. Assuming that he doesn’t struggle with the new medication, we’ll simply pick up where we left off. 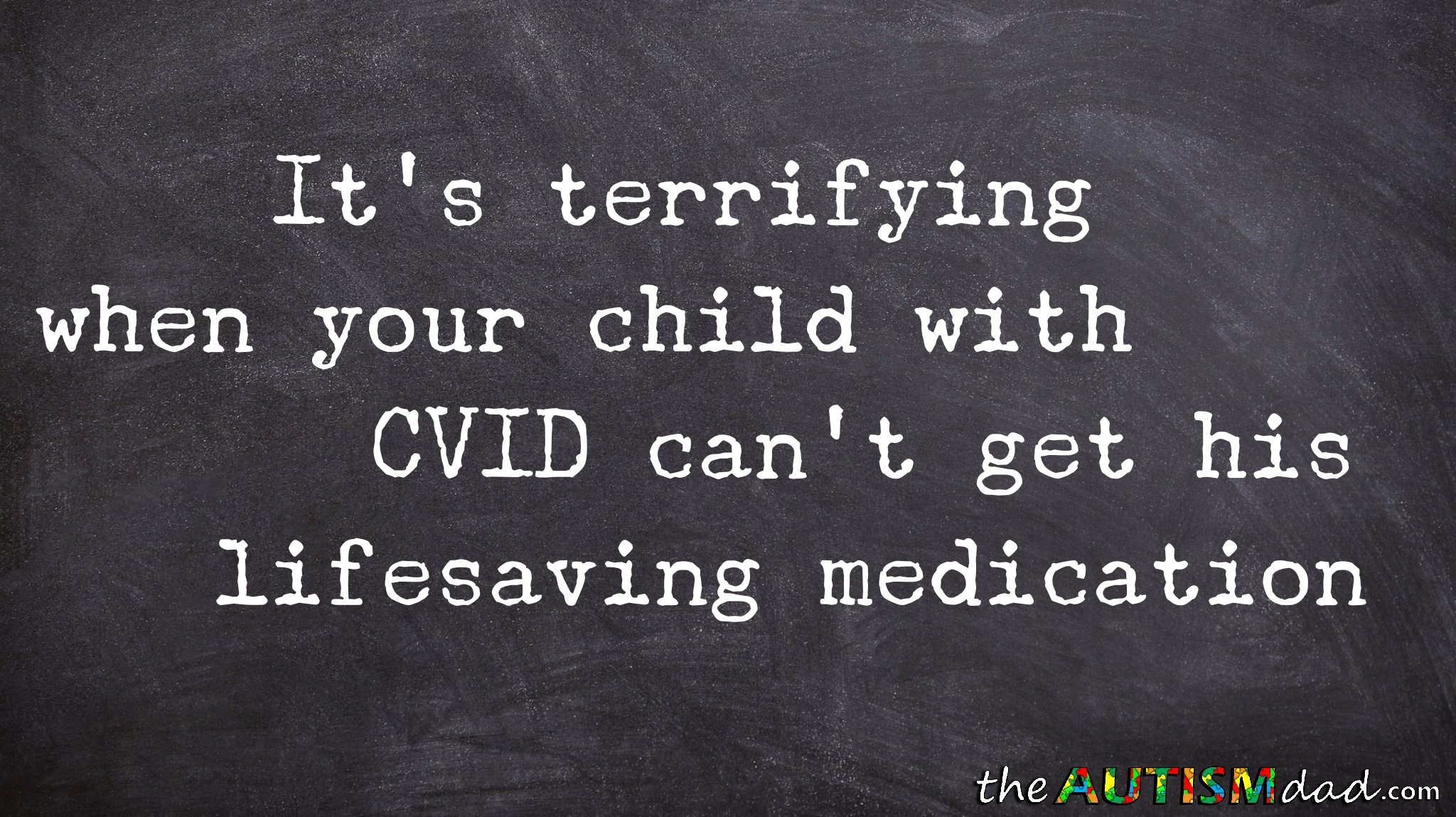 The only thing that’s different is that this new medication doesn’t get refrigerated. This means I can make complete kits for his individual infusions and actually include the medication itself in the kits as well. It also saves room in our refrigerator. ☺

The hospital has a few other kids on this same medication and while there have been delivery delays of a day or two, there’s never been a shortage. Hopefully, that will hold true going forward.

If this keeps happening, the only other option would be to return to the infusion lab and have them done via IV. That’s something we need to avoid if possible. Gavin hates the IV and the process is a lot harder on his body. In fact, the reason we’re doing them the way we are now is because he was crashing during the IV process and would end up being admitted for autonomic crises. It was too dangerous and we’ve been doing them at home ever since.

The IV infusions push a lot more medication at one time because it needs to last for 30 days. The at home variant is far less stressful on his body because he gets a little bit, twice a week and it sorta keeps his immune system topped off.

An IVIG infusion is essentially infusing donated antibodies (from thousands of people) into his system to act as a functioning immune system. It’s not like receiving a donated liver or kidney, where his body could reject it. That said, Gavin’s body can struggle to accept the antibodies. He can run a high fever, have seizures, experience anaphylactic shock or an autonomic crises can be triggered. Gavin takes medication to help limit the side effects or negative reactions to the process. He’s been doing pretty good but everytime we switch medication, we enter uncharted waters, because we simply don’t know how his body is going to react.

It’s a stressful experience for all of us.

While I’m not happy about the change in medications, especially for the reasons we have to change, I’m very thankful that a working solution was found. Hopefully the transition will be a smooth and problem free experience. ☺

I know some very good people in #ohio at #Akron’s a shortage such as this in 2019, seems unreal. Th… https://t.co/BBXvoQ5RQD

Sounds like a solution. But damn, how many times is this going to happen?

My mom has CVID, I can’t imagine her going without her treatments every month.