Gavin is losing skills and it's heartbreaking -


We’ve come to the realization that Gavin’s level of regression has reached a new low. This has actually been coming for a little while now but we’ve had to pull some responsibilities away from him today.

For the last couple of years, Gavin has been doing the dishes. I don’t know what it is about doing the dishes that he likes but he was very much into it. Unfortunately, that time has come to an end because he’s simply unable to wash the dishes anymore.

We’ve been needing to either have him redo some of what he’s done incorrectly or go back and do it ourselves. It’s unfortunate but it doesn’t make sense to do them twice, just so Gavin feels like he’s helping, 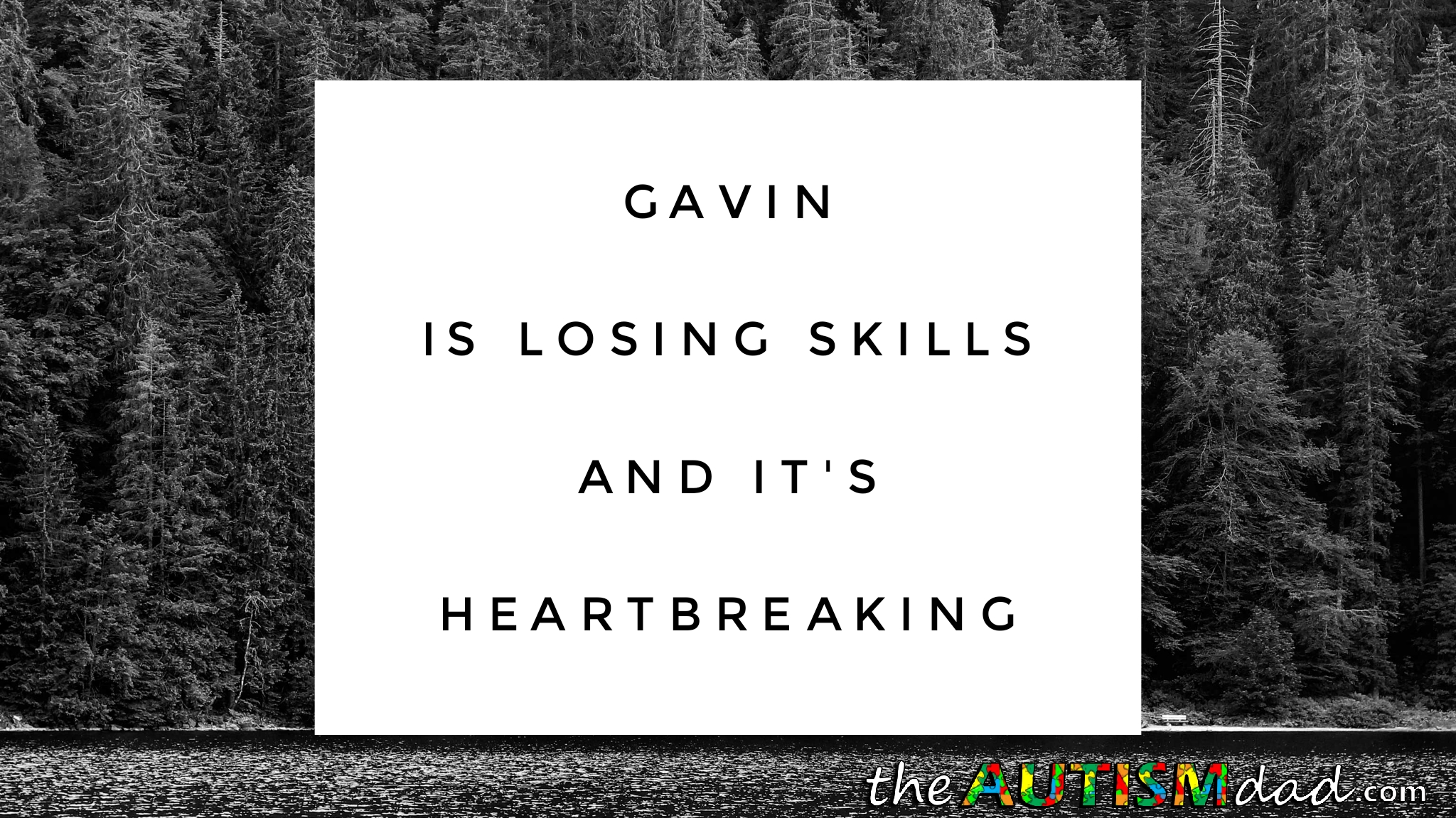 Lizze and I are taking that over and we will work the boys into helping as we move forward.

The plan is to reassign Gavin some different responsibilities that will be easier for him to manage.

This was frustrating for everyone and it just got to be too much. We tried very hard to make this a positive thing for Gavin but I think he was a little upset.

We have to look at Gavin as someone who may be able to handle more blunt responsibilities, meaning things that don’t require a whole lot of thought or understanding. He will still manage the trash and recycling because those are very basic things that he can still handle. ☺

I hated taking this away from him for a number of reasons but mostly because I don’t want him feeling like a failure or anything along those lines. Thankfully, Gavin lives very much in the moment and moves past things like this very quickly.

It sucks having to take on the dishes again because I’m already spread thin and Lizze can’t always physically handle it. The big issue is that Gavin is losing skills and that’s heartbreaking. It’s absolutely not a good thing and we aren’t entirely sure what this means. 😔

Could Gavin not dry the dishes instead of wash them and that way he would still be a part of doing that chore?

I actually wasn’t sure if this was possible or not. My dad questions me sometimes and asks why I ca… https://t.co/Znszv3T66C