Today’s Victory: The Good, The Concerning and The Cause for Celebration


It’s been a really long day but it’s also been a pretty good one as well. Emmett’s dentist appointment went well and he kicked ass. They fixed his tooth and he didn’t even need numbed up. I think it took a total of 5 minutes.

He was nervous but very brave and I couldn’t be prouder. ☺

This means that the bar is set pretty high in the bravery department and it’s gonna be tough for me to live up to that next week when I have my wisdom teeth removed. I’m absolutely terrified of having this done but I need to set an example and preferably, a positive one. ☺

I also was able to spend some one on one time with Emmett today. 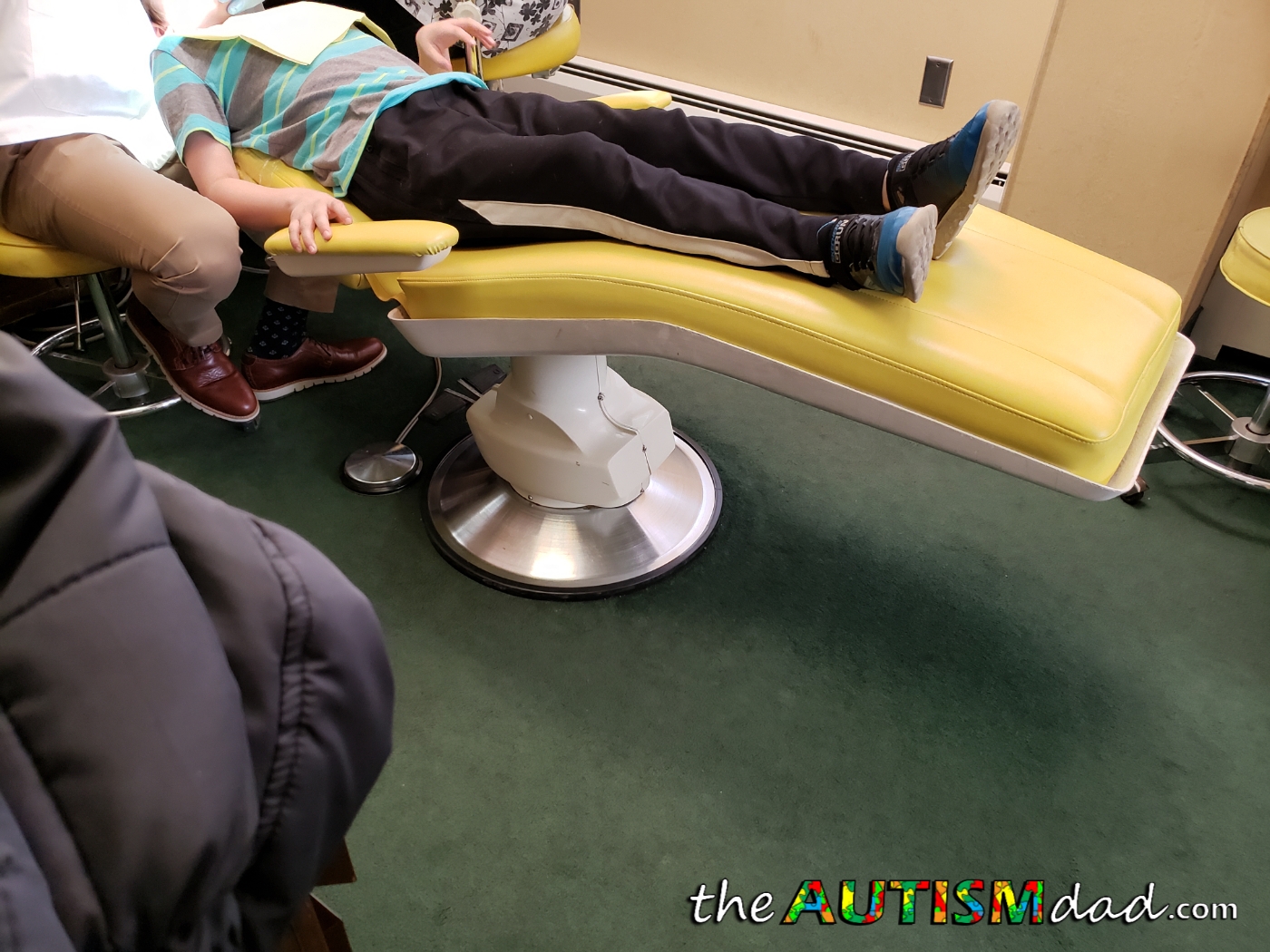 I took him to lunch after his appointment. We hit the food court at Summit Mall and Emmett actually ate pizza from Sbarro, a place he’s never been to. He even liked it. Thumbs up for trying something new. ☺

On the way home, I had to stop off and get new shoes. I’ve been putting this off because money doesn’t grow on trees but it was a necessity. I’ve had these shoes for about 6 months and in that time, I put 496 miles on them at the track. That doesn’t count walking in general. This was 496 miles that were tracked as fitness walking. That’s quite a bit.

There wasn’t much left of them and while I hated spending the cash, I needed to. My new shoes were only $60 and they’re so much more comfortable. I can’t wait to go walking tomorrow. ☺

In other news, Gavin’s still struggling a lot but Elliott had another great day at school.

Lizze is doing better since getting her Ohio Medical Marijuana card a couple weeks ago. It’s a give and take because while it really helps with her pain, it also limits her at the same time. We’re still working on a balance but this current strain she’s using, completely eliminates her migraine and that’s something that has been impossible until now. ☺

Anyway, like I said, it’s been a pretty good day here. These days don’t happen all the time, so when we do, it’s important that we never take them for granted.

Well, if Lizze’s migraine is relieved that’s great, even if she is a bit too high to do much. Better to be high and pain free than in pain, suffering, and miserable.

Them the days mate