It feels awful to know I'm failing my wife and kids -


We had Elliott to Akron Children’s Hospital yesterday. It was a routine follow up in behavioral health. We discussed any concerns we had. We talwdat things are going well and what needs work. We also follow up on medications and make sure we’re still on the right track with that as well.

I personally feel like Elliott is making a serious effort in many areas, and I made sure to bring that up. I’m incredibly proud of him because I know that life in our house isn’t easy. 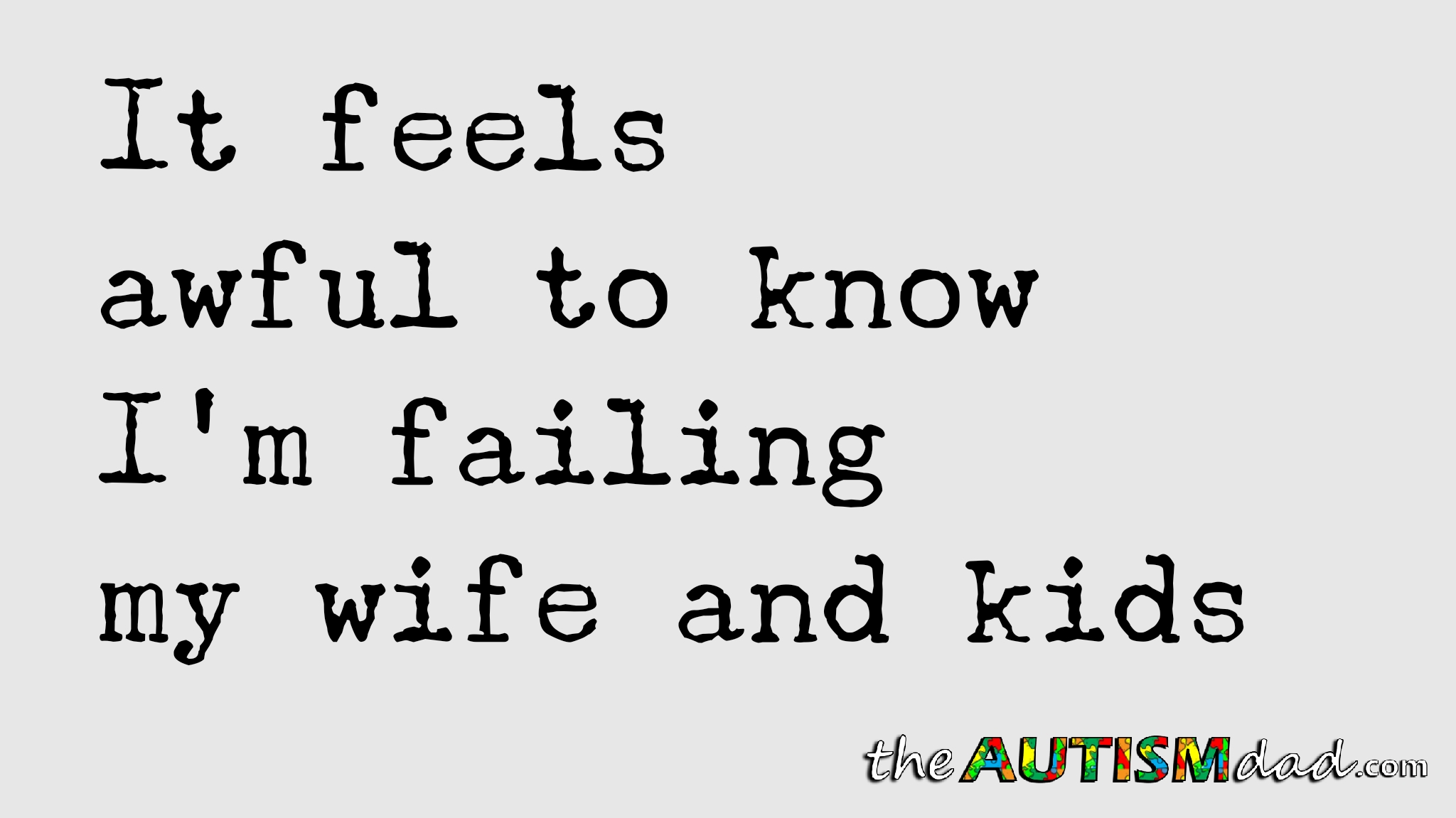 That said, there are still things that he needs to work on as well. That’s not anything against him at all. He’s a newly minted teenager, and that’s never easy, especially when Autism factors in.

One of the things that Elliott is upset about is his lack of independence.

He wants to stay home alone or go outside by himself and he resents us of not giving him these freedoms. He feels like we don’t trust him and that’s not the case. It’s not the case at all.

In fairness, Elliott is very cognitively advanced, but he’s not as mature emotionally. That tends to cause problems at times, and this is one of those times.

The reasons he doesn’t stay home alone has little to do with him personally, and everything to do with where we live. Our neighborhood isn’t safe, and there are things that frequently happen around here that dictate our actions. As I’m laying in bed writing this, Lizze and I just heard six gunshots. They were close enough that I jumped.

You are doing as much as anyone could humanly do in an incredibly tough situation. Hang in there…

Thanks Bridget. I will.

You WILL NEVER fail! God loves you and knows how hard our life is. Keep going man! Failure is ok! I… https://t.co/kMmvJQkO19

Given what you have to deal with, I think you’re quite the hero for managing as well as you do!!!!

Elliott knows that you’re not comfortable leaving him home alone because of safety reasons and not because you don’t trust him. Ask Elliott what else there is that you could let him do to be more independent. Maybe go to a movie alone with a friend, doing things at the house without your assistance or guidance, like maybe doing his own laundry or making his own lunch?? I think you’re so accustomed to being the caregiver and doing things for everyone that maybe having that discussion with Elliott and letting him come up with what would make him feel more independent could be beneficial to both of you!

I’m sure that you aren’t failing them. They love you.

I don’t believe you are failing your family. You are striving mightily. However, it almost sounds like getting out of your neighborhood is really, really important.

I know from what you say that you have very tight finances. What would it take for you to move? Do agencies exist that can give recommendations? Loans, maybe personal? If you thought one of your loved ones could be shot tomorrow, what would you do?

Maybe there is nothing you can do. Or maybe GoFundMe? Or do you have more services to sell to internet companies? Do a Patreon thing with your podcast? Can that happen?

I want you to know I have no judgment, I’m merely trying to throw things at you. Because even if all these things aren’t doable, sometimes other ideas can come out. Brainstorming, so to speak.

Is Lizze still so compromised she doesn’t have even maybe 2 or 3 hours a day of helping with housework? That is kind of the level I function at, for doing tasks that involve moving, standing, sitting etc. Of course I can piss away hours on the internet and reading, but if I feel better I do more physical activities and read less.

I know the feeling but you are doing the best you can. Guilt and autism go hand in hand. Both of m… https://t.co/Cb2x85a6Ck