Just a week or two ago, there was a hostage crisis two doors down from us. The guy living there took his two kids hostage, and swat had to rescue them. It’s insane, and that’s not even the first hostage crisis we’ve had on our street. In the previous one, we were evacuated by the police at night, and I had to wake the kids up before escaping to my parent’s house. They were traumatized by that. 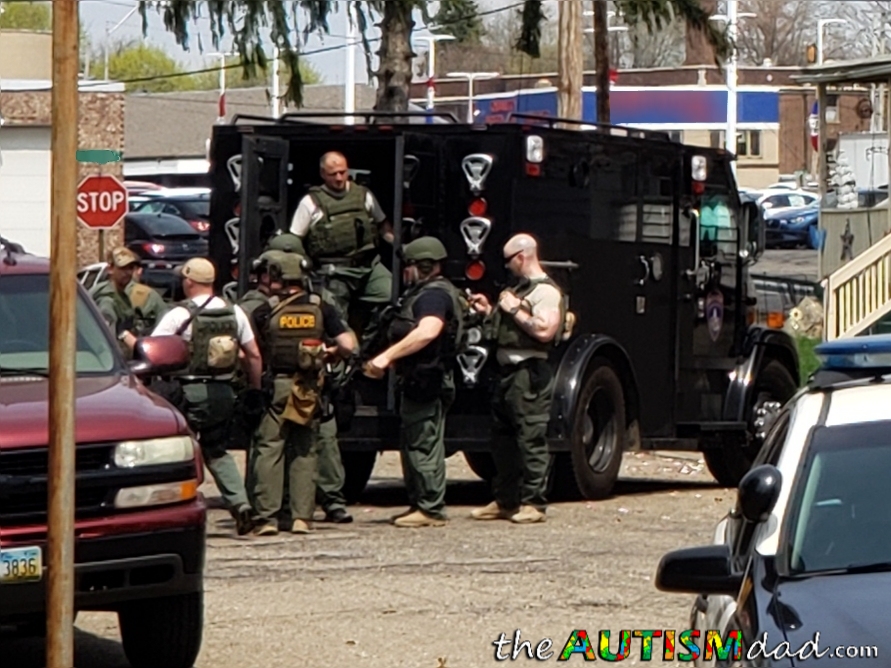 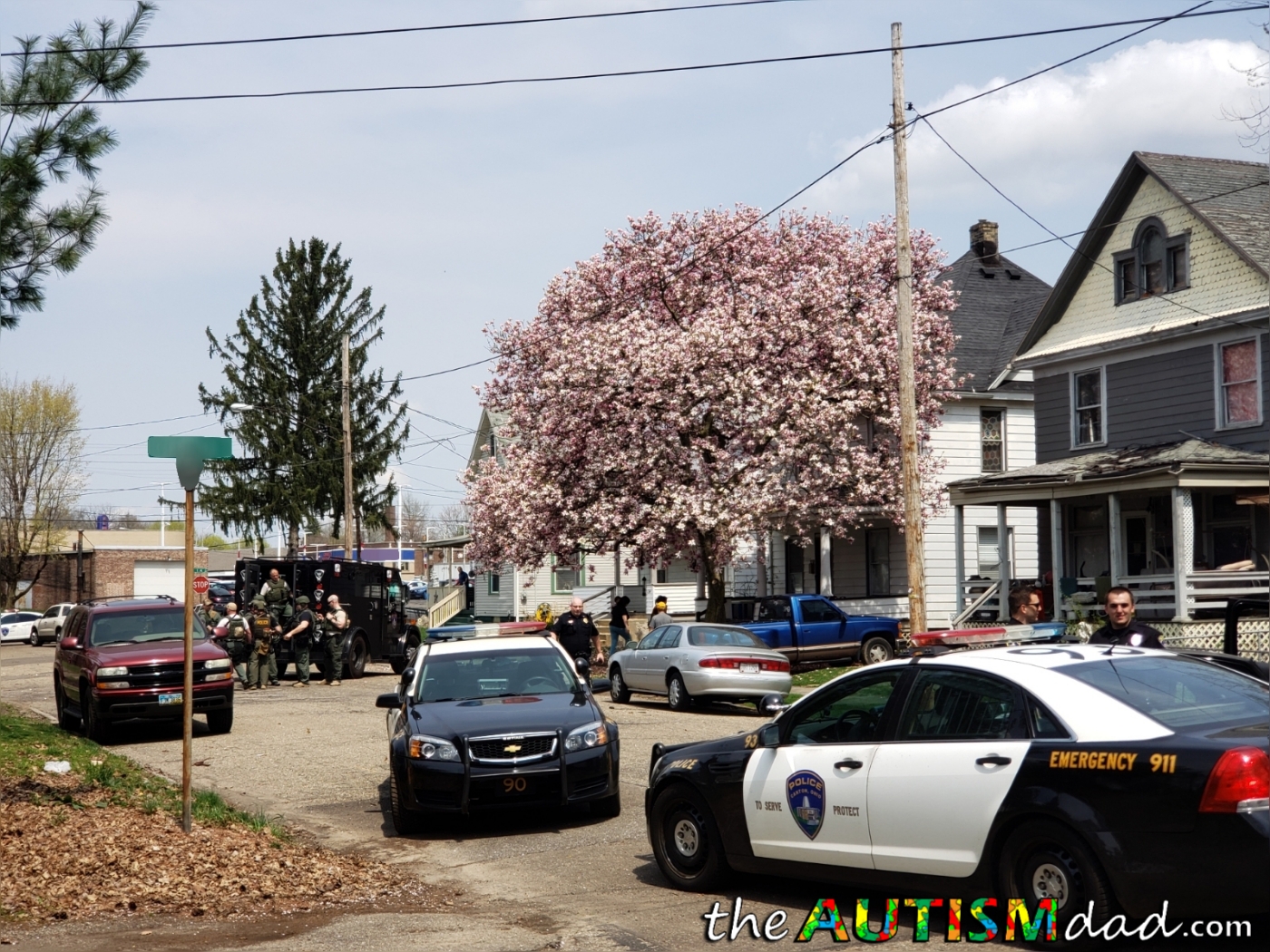 This was the most recent incident from a week or so ago. Our house is just out of frame on the right side.

The idea of allowing Elliott to be home on his own is something we’re not comfortable with for safety reasons. What if he was home alone, and something happens like is seen in the pictures above? What if someone else is literally gutted and dies in front of our house again? We have people routinely bang on our door, looking for drug money. As a grown man, I struggle to know what to do in some of these situations, and I had a career in public safety.

As for being outside, the same thing applies. There have been drive-by shootings and even one that we were directly involved in.

Elliott told us that he’s 13 and knows how to handle himself. Even if that were true, he’s still not bulletproof. No level of experience is going to stop a bullet.

These are all very serious, practical concerns.

We tried to reinforce with him that it’s not about a lack of trust in him. There are times I don’t even like Lizze being home alone. There are plenty of times that I’m not comfortable being outside.

It was a little different before Maggie died last year. She was very big, very intimidating, very strong and incredibly protective. While she wasn’t a ballistic shield, we all felt safer with her here, at least in regards to people approaching our house or any of us while we were outside.

It’s rough because he deserves to experience these freedoms and I know how badly everyone wants to move. It’s something I can’t provide right now and knowing that it’s having more of an impact than I had previously been aware of, feels terrible.

To see him so frustrated, angry and even hurt by this, is difficult to take.

It sucks, and all I can do is continue trying my very best.

To Elliott, Emmert, Gavin, and Lizze, I’m so sorry that I’m not able to do better by you all right now. I truly hope you all know I’m doing everything I can and I won’t give up until we’re somewhere safe.

You are doing as much as anyone could humanly do in an incredibly tough situation. Hang in there…

Thanks Bridget. I will.

You WILL NEVER fail! God loves you and knows how hard our life is. Keep going man! Failure is ok! I… https://t.co/kMmvJQkO19

Given what you have to deal with, I think you’re quite the hero for managing as well as you do!!!!

Elliott knows that you’re not comfortable leaving him home alone because of safety reasons and not because you don’t trust him. Ask Elliott what else there is that you could let him do to be more independent. Maybe go to a movie alone with a friend, doing things at the house without your assistance or guidance, like maybe doing his own laundry or making his own lunch?? I think you’re so accustomed to being the caregiver and doing things for everyone that maybe having that discussion with Elliott and letting him come up with what would make him feel more independent could be beneficial to both of you!

I’m sure that you aren’t failing them. They love you.

I don’t believe you are failing your family. You are striving mightily. However, it almost sounds like getting out of your neighborhood is really, really important.

I know from what you say that you have very tight finances. What would it take for you to move? Do agencies exist that can give recommendations? Loans, maybe personal? If you thought one of your loved ones could be shot tomorrow, what would you do?

Maybe there is nothing you can do. Or maybe GoFundMe? Or do you have more services to sell to internet companies? Do a Patreon thing with your podcast? Can that happen?

I want you to know I have no judgment, I’m merely trying to throw things at you. Because even if all these things aren’t doable, sometimes other ideas can come out. Brainstorming, so to speak.

Is Lizze still so compromised she doesn’t have even maybe 2 or 3 hours a day of helping with housework? That is kind of the level I function at, for doing tasks that involve moving, standing, sitting etc. Of course I can piss away hours on the internet and reading, but if I feel better I do more physical activities and read less.

I know the feeling but you are doing the best you can. Guilt and autism go hand in hand. Both of m… https://t.co/Cb2x85a6Ck