Why I get to the school an hour before dismissal

It went much better than I expected


Spent a couple of hours with Gavin this afternoon. He had an appointment with his psychiatrist today for a medication follow up. This was in regards to his Clozapine specifically.

This was an unexpected fucking emotional rollercoaster for Gavin today. Out of nowhere; he became distraught. When I asked him what was upsetting him, he explained that he’s terrified that he’s been put on Santa’s naughty list because he’s killed people while on missions.

If you’re unaware, Gavin is schizophrenic along with everything else. His hallucinations revolve around going on dangerous missions to save the universe from evil. He has a team of superheroes that he leads. Along the way, there are times that he’s had to kill evildoers.

He was in the waiting room, physically sobbing and beginning to hyperventilate. 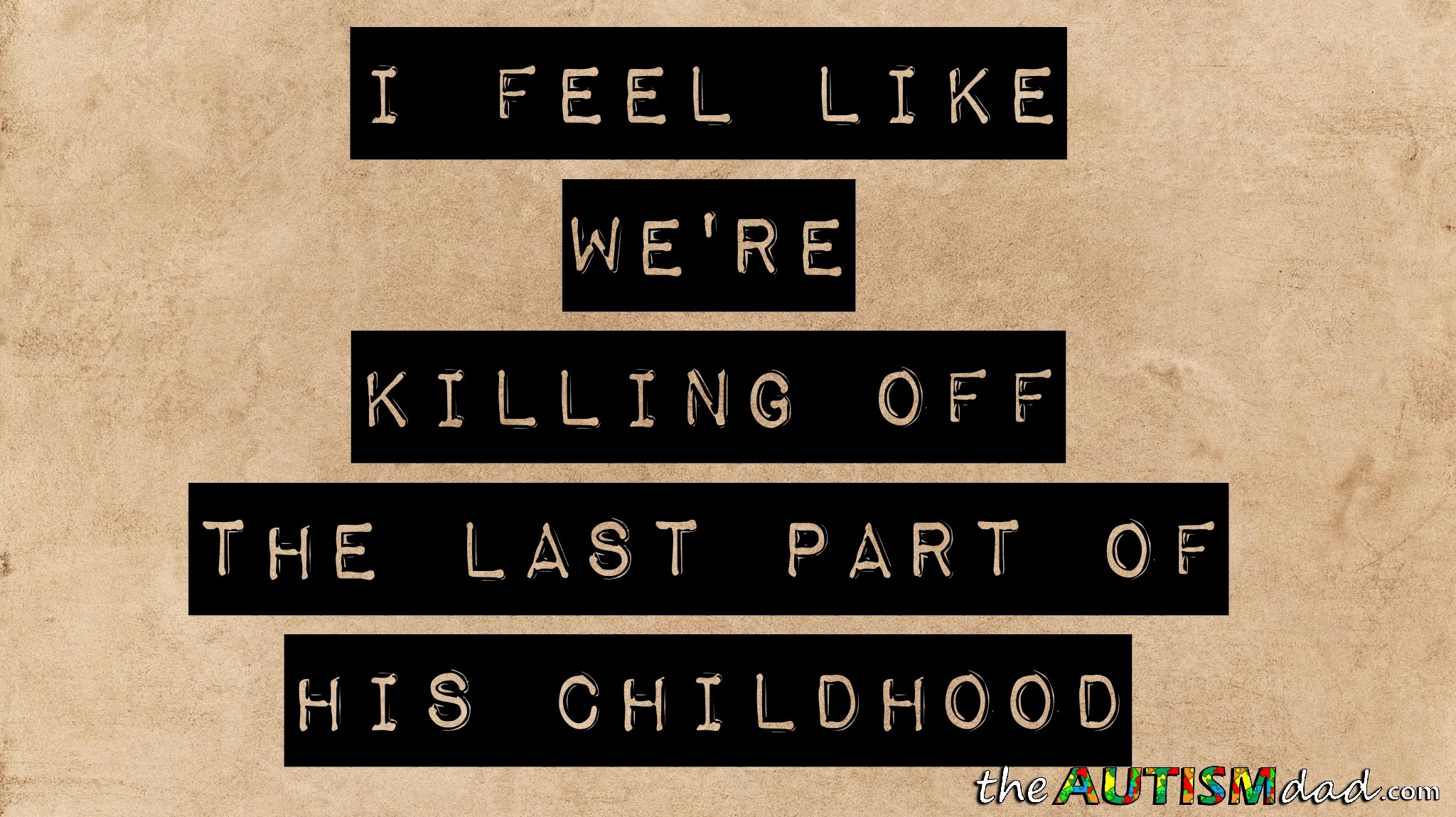 There was no reasoning with him or calming him down. It took about 15 minutes for him to chill out and relax finally.

Lizze and I decided that the best way to prevent this going forward is to have a talk with him about Christmas. Gavin is a very passionate believer in Santa and all of his various holiday friends. It’s gotten a bit extreme in some cases and now this. I feel like we need to burst that bubble before it drives him crazy.

Talked it over with his psychiatrist and it was deemed best to handle that in weekly therapy because there would be more time. So tonight, we will likely have to have a long overdue conversation with him.

I don’t see any other way around this. Gavin’s very black and white, and to him, if the naughty list exists, he’s on it because of his actions. There’s no two ways about it, but it feels like we’re killing off the last remaining part of his childhood. Developmentally, Gavin’s only about 5 or 6 years old, even though he’s actually 19 years old chronologically.

The other boys are pretty much already where Gavin needs to be in regards to holiday beliefs if that makes sense.

We were able to get Gavin to a place that will help him feel better until we speak again at therapy tonight. This is a temporary stay, and he will inevitably be back to perseverating over it soon.

I’m not sure how this is going to go or if it will even go at all. It seems like the lesser of two evils and clearly in Gavin’s best interest, all at the same time.

I am sure you have had these conversations with his doctors, but I’m not sure you have addressed in the blog whether you have considered any of the other heavier antipsych meds besides the clozapine for Gavin. I mean, given his struggle with keeping on weight, couldn’t something such as Risperdal possibly be something to explore? I understand that it is a huge process and a bureacratic nightmare to wean him on and off the med he is on now, but his body seems to have trouble processing it.

It’s very sad to see how this interaction between his cognitive problems and his schizophrenia show up in his life. I wish you and your family all the best.

I seem to remember that Gavin has already been on other antipsych meds, and the clozapine is the last thing that works.