There’s no chance of that happening today


When Gavin was younger, he was admitted to the psych unit at Akron Children’s Hospital more times than I can remember. It was always a last resort but a necessary action when things got really bad, and he needed acute stabilization.

Anyway, Gavin’s doing so much better now, but he’s beginning to struggle once again. Most of this struggle revolves around him, managing his frustration. It’s not easy for him because he’s very easily frustrated and often has unrealistic expectations of himself.

The other day, Gavin came downstairs and wanted to show me something. 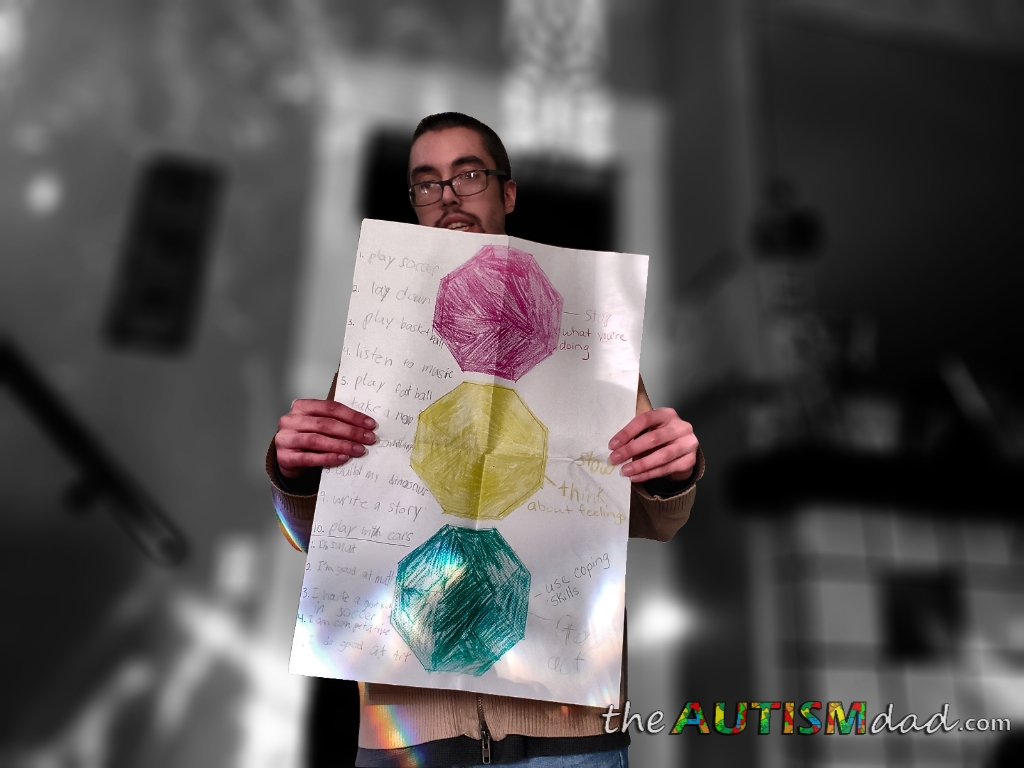 He’d been straightening up his room and came across one of his old folders from a psych stay at Akron Children’s. Inside it, he found some of the work he’d done while he was there. In particular, he found this giant picture he had drawn, to help him remember ways he could better manage his emotions when he gets frustrated.

He suggested we hang it up in his room to help him remember more constructive ways of dealing with things that frustrate him.

I thought that was pretty mature of him and wanted to take a minute to brag about how proud I am that he thought to do this for himself. 😀👍❤