This morning I noticed some cars sorta casing our neighborhood. This always makes me nervous because there have been so many shootings around here and we were involved in one of them.

Upon closer observation, they were unmarked cars but had city plates. I was thinking it was code enforcement as they are cracking down on dilapidated properties.

I was a bit nervous because they had parked outside my house and were just sitting there.

Lizze had just arrived home from an early morning appointment, and as she walked into the house, several other unmarked cars arrived and a bunch of law enforcement officers, including what appeared to be a US Marshall, surrounded the house across the street from us.

Several of them stacked up at the front door and began screaming for whoever lives there to open the door or they’ll tear it down. 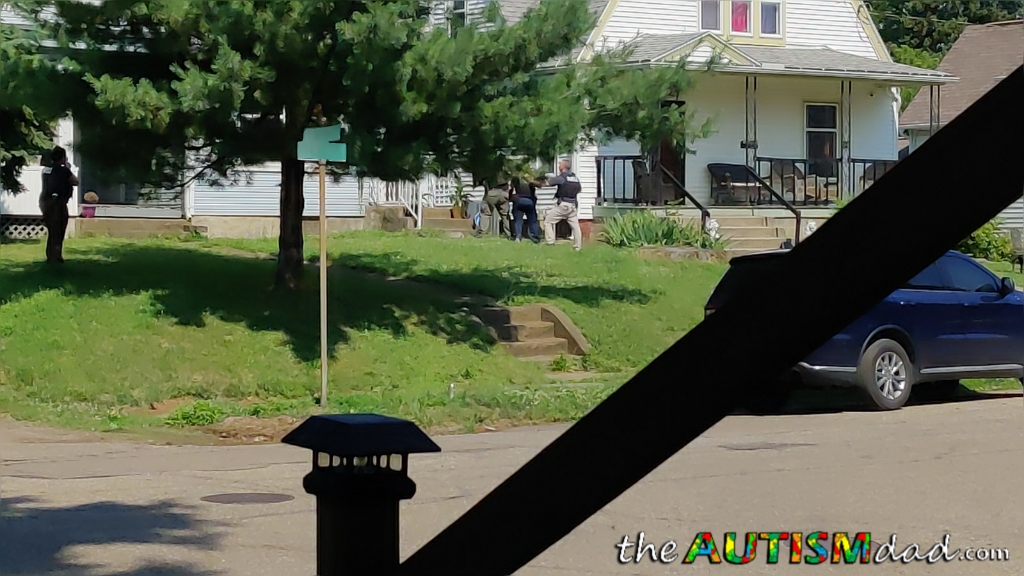 Within a few minutes, a K-9 unit arrived. The dog was wearing body armor, as was his handler and every other member of law enforcement present.

I have no idea who lives in this apartment. They moved in a few weeks back, and I’ve only seen them once or twice. I think they use the back entrance to come and go.

Anyway, at one point, a girl came out the door, but she apparently wasn’t who they were after.