Heartbreaking signs that he's getting worse -

Our guy time has come to an end

I squeezed in this much sleep lately night

Heartbreaking signs that he’s getting worse


Gavin’s showing more and more signs of regression. As someone who sees him all day every day, it’s harder to pick up on things like this because it’s generally a gradual process.

When someone sees him for the first time in awhile, it’s much easier for them to pick up on the changes.

I’ve been paying closer attention lately because I’ve been worried that he was experiencing more regression, but wasn’t sure. It pains me to say this, but he appears to be regressing once again. 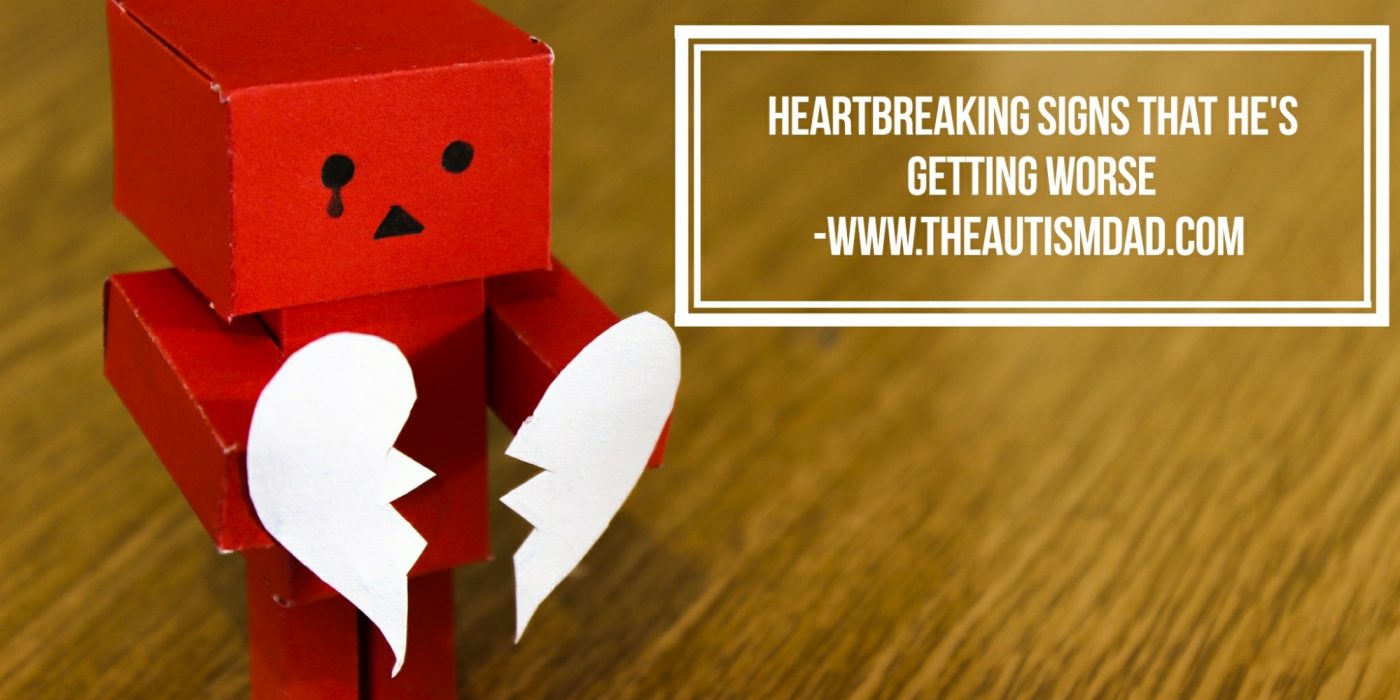 Regression is a huge part of Childhood Disintegrative Disorder, and what sets it apart from other, more common forms of Autism.

Gavin’s losing skills he’d previously mostly mastered. His executive function is very much declining. He’s become more unorganized and has a shrinking vocabulary. By shrinking vocabulary, I’m referring to how he doesn’t know what some pretty common words mean anymore.

He can’t even use the context they’re being used in to try and extrapolate the meaning. We just get a blank stare when he doesn’t know what we mean.

Things like this are leading to more and more frustration on his part. He’s very upset with himself for not being able to do some of the things he was able to do before. When he doesn’t know what a word means, he hits himself in the head and calls himself stupid.

I wish I was able to help him understand that it’s not his fault, but that’s something that seems to escape his comprehension as well.

It really is heartbreaking to see this happen before our very eyes. We are powerless to stop it and all we can really do is keep practicing his skills. Keeping his brain working is really important as well. I’ve been having Gavin do some small projects for me. Things that make him have to write and use his memory for.

I have an idea that I’ll share at another time as well.

For the moment, it is what it is. It sucks but there’s nothing we can do right now… If you could, please keep Gavin in your thoughts and prayers.