As an #Autism and #SpecialNeeds parent, I sometimes desperately need a sense of normalcy

As an #Autism parent, I have to celebrate the wins, even if no one else gets it

Here’s a MASSIVE update from just the last 24 hours


After Emmett and Elliott returned to Grandma’s house last night, I went to bed. Lizze of course is still battling with Insomnia and didn’t fall asleep unit about 4 AM.

I needed to get up early because one of our ferrets was really sick and needed to get into the vet. I was talking about this on Twitter today, so you can see what transpired there of you’re interested by clicking here. Some of my followers have experience with ferrets and helped me figure some things out. 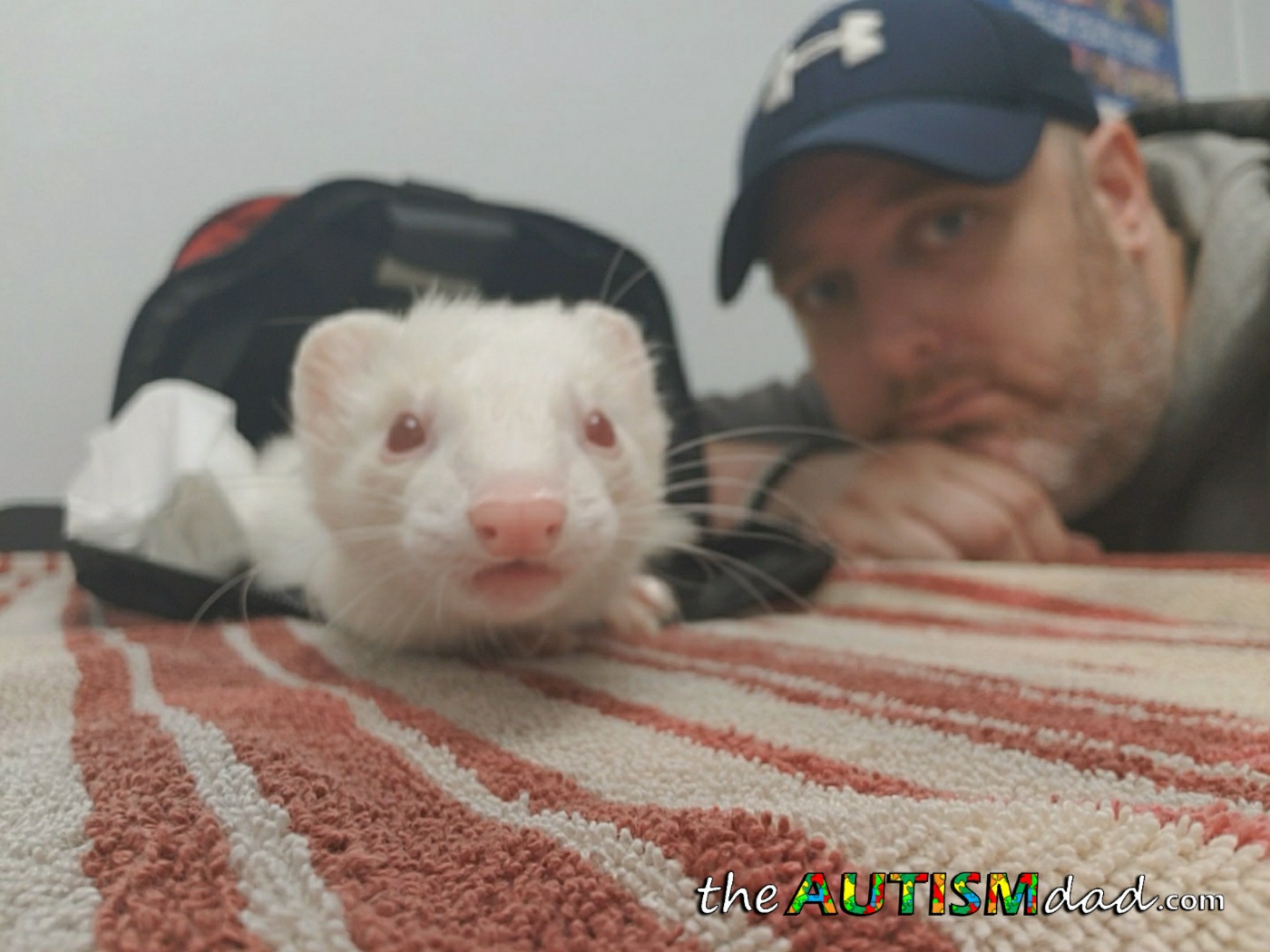 You might be saying, well it’s just a ferret. Yes, Zane is a ferret but he, along with his brother and sisters are service animals for the boys. They are very much deeply attached to them, but they are especially close to Zane. He’s albino and they’re always worried about him.

I went by myself and met with the vet. Zane was in really bad shape and I had to make some very difficult decisions about what to do.

We are not doing so well financially. This year has been challenging. I’ve lost 2 major sources of income and we can’t seem to catch a break.

We have a monster deductible for the storm damage that happened about a week ago, leaving a huge tree next to our house. There’s damage to the house, garage, yard and the part of the tree still standing will have to come down.

There was no way to know for sure what was wrong with Zane. If we did nothing, he would die and the kids would be devastated. Keep in mind that kids with Autism react much more intensely to things like loss. I knew that if Zane died, the boys would seriously struggle. Within the last year, we’ve lost our dog and cat to cancer and old age.

We had Cleo for about 14 years and Maggie for about 11 years. Maggie basically collapsed on our living room floor and had to be put to sleep. It was awful. The boys struggled and Elliott still sleeps with her collar next to him at night.

I’m serious, these guys don’t cope well at all with things like this. There are no Old Yeller lessons to be learned here.

The vet gave me two options. One was a more conservative approach. Treating what was believed to be an internal bacterial infection as well as addressing the other symptoms. Zane was severely dehydrated, emaciated, lethargic, not able to walk well and his body temp was pretty low.

I spent the weekend trying to keep fluids in him through a dropper because there isn’t an emergency vet for ferrets. It was a long weekend.

The last option included everything above but tacked on about $200 for x-rays and extensive blood work.

I chose option 2, which hurt plenty as it was but at least we did all we could.

Zane would likely stay overnight and if he improved, I could pick him up the next day and treat him from home.

I went home, stressed out, worried and unsure of what to tell the kids.

I called Lizze and told her I’d like to go for a walk and clear my head before the boys come home from Grandma’s. Lizze joined me for a walk and we got home in time to receive the kids.

Depression is kicking my ass a bit right now and I’m a bit emotionally volitile, meaning I easily become overwhelmed with emotion.

The kids come home and immediately want to know what’s going on with Zane. I tried to explain but Elliott was crying and I just fell apart. Lizze and I explained that we were doing all we could but we don’t really know what’s going to happen.

We had to get into the fact that this is really expensive and we can only do so much. Emmett reacted by running upstairs to get his jar of money he’s been saving. That broke my heart.

I had to explain that I honestly thought Zane was going to be okay. I was upset because I didn’t want to let them down.

It was a rough afternoon.

Wow, you had enough challenges for a month (or a year?) in one day. Hope things go better. By the way, aren’t dog bites supposed to be reported? Because if the dog bit your son for no reason, it could bite anyone for no reason.

I don’t disagree with you Becky. As I said, it’s family and that makes it complicated for us. If it had been worse, it wouldn’t even be a question. Frankly, I was concerned about the fallout, of which there would likely be quite a bit. Emmett is okay, he didn’t need to be seen and we did have to make his life or our lives more difficult.