I’m no longer a child


Emmett is having a difficult weekend. The poor kid is so afraid that he’s going to get Whooping Cough. If you’re late to the party, you can read the detailed background about this here and here.

Basically, Emmett has been directly exposed to Whooping Cough by a classmate that was sick with what appeared to be a cough and cold but was later diagnosed as Whooping Cough.. 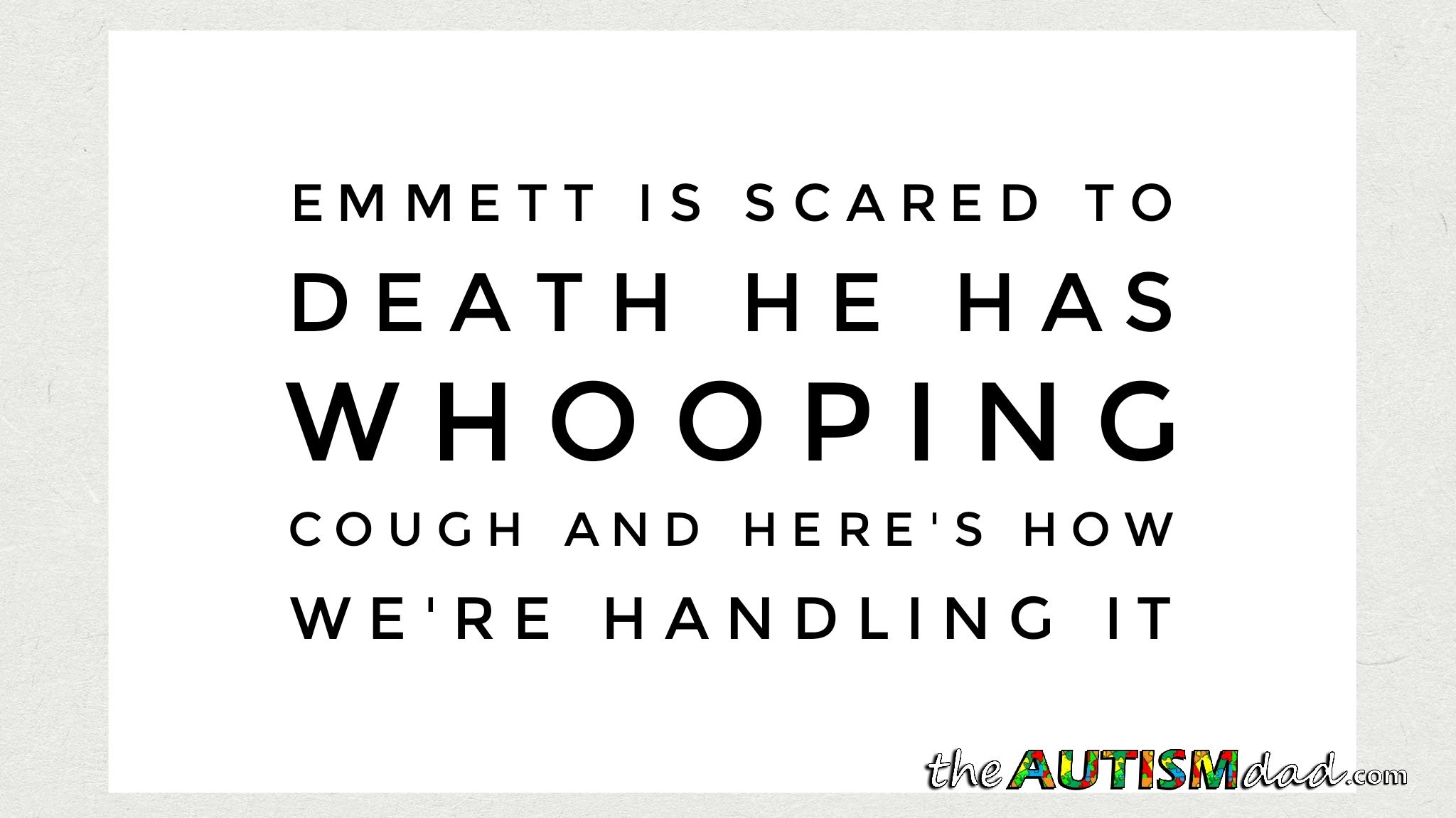 As soon as we found out on Thursday after school, we reached out to our doctors to find out what we needed to do, if anything, as a result of this direct exposure. We wanted to protect Emmett and Gavin as well because of his compromised immune system.

Emmett’s pediatrician ultimately decided it was best to put Emmett on antibiotics ASAP and he finally started them yesterday morning. He’s got another three days worth of meds left to take.

Here’s an educational video by Akron Children’s Hospital about Pertussis, the bacteria that causes Whooping Cough. Please educate yourself and get vaccinated

Between being vaccinated and the antibiotics, we’re hoping that he will not experience the horror that Whooping Cough is.

We’ve been very careful what we said around Emmett but he looked it up himself and that has him terrified. At that point, we felt it best to be very honest with him about what Whooping Cough is because facts can help him to reign in some of his terrifying thoughts.

You’re doing the best you know how. At least you’re listening to your expert medical providers.

Thanks Becky. I really appreciate your support. It means alot. ☺